What is Web3, and how could it change the internet - forever?

Is Web3 the future of the world and the Internet, or a daydream of new-age lunatics? Are we, in 2022, witnessing the initial phase of the digital revolution, or maybe blockchain will crash into the rocks of monopolists and corporate whales? Is Web3 salvation or a joke? 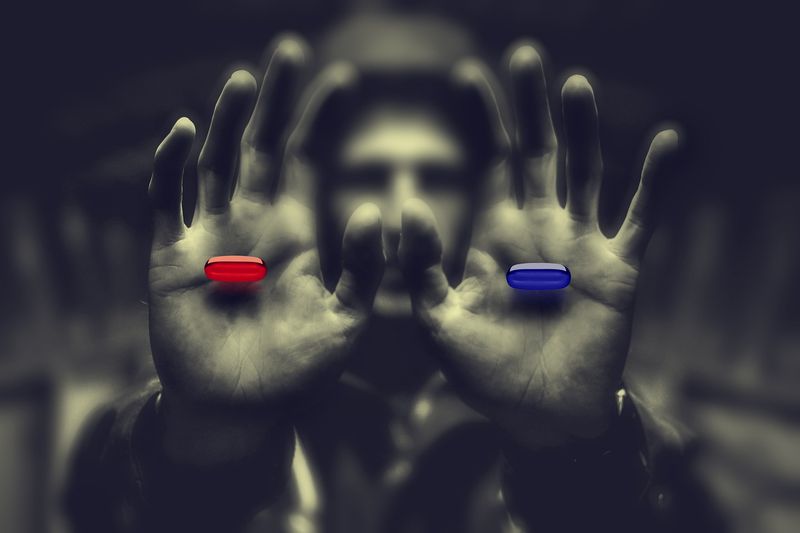 Before you choose either of the pills, let me explain the basics of Web3. And the first question, I suppose, you might ask is: if there is a Web3, then what exactly are Web1 and Web2?

Web1 is a period in the history of the Internet, conventionally dated to 1990-2005. Web1 was a revolution in that, for the first time in history, every person with access to the Internet had direct access to the information published by people from the other side of the world.

At the same time, the exchange of information between the creator and the recipient of the content was one-sided. For example, a website owner published certain information, and the users could only read it.

The second Internet era started in 2005 and is still going on. Contrary to Web1, in Web2, Internet users can interact with platforms and co-create them: publish photos, videos, and comments.

Although the information exchange is two-way, on the second-generation Internet, all content published is owned by the platform owner. In other words, everything you post on Facebook belongs to Meta Platforms Inc., and a narrow group of stakeholders determines the direction of Facebook itself. You don't influence it whatsoever.

Web3, which currently coexists with Web2, is characterized by equality between the creators and the Internet users. As in the case of Web2, the information exchange works both ways, but the users co-own the platform. The power and the ownership are spread among users.

In Web3, each platform user directly influences where it's headed. Each peer makes decisions that affect the organization's business model.

The fundamental change towards Web1 and Web2, and at the same time, the most significant value of Web3, is the transfer of digital ownership to the people. Take Instagram for instance; you can run an account for ten years and build a million followers. However, although you may think that the history and the content you publish are yours, they are owned by Instagram, which may at any time deprive you of your apparent "digital property".

In Web3, Internet users are also its co-owners. Everything you publish on the Internet belongs to you, and you can manage it directly and independently without the involvement of third parties.

This type of data management aims to decentralize the Internet. In Web3, there is little chance that the power over the platform is in the hands of a narrow group of people unless all users agree to such a rule.

Equality of all users also means that in Web3, there are no individuals or companies who control access to the application. Web3 is permissionless, and anyone can contribute to a given piece of the Internet, be it a game, application, platform, or tool.

Finally, to prevent manipulation and guarantee the integrity of your data, everything you publish on web3 is persistent and public. Each action (e.g., financial transaction) is tied to your online identity and can be verified by other users. You also can't delete history, and you can't manipulate facts. Whatever happened in your account is saved and available to other users.

Imagine that you are a player of some specific niche game genre. You know several dozen people who, just like you, also love the indie atmosphere. Although you've never seen each other in real life, you have a common goal to create a new game together.

Moreover, you want the game to develop organically by the strength of the players themselves. You understand that they know their needs best, so all decisions must be made bottom-up.

How do we want to finance the game? How will the profit be distributed? Who can join the game and who can't? What races and character classes do we want in it? For the sake of the game’s success, the community is to decide about such matters.

To create such a game, of course, you will need money, so everyone who joins the game invests in its development and pays a certain amount, represented by a token. Therefore, only people keenly interested in its specificity and ready to invest some funds actually join, develop and co-create the game.

As a result, all players are co-owners and brand ambassadors simultaneously. They are involved in the game's development because they will benefit directly from it as players and investors. They care because they are an integral part of the project.

It's hard to imagine that such a scenario would be realistic, especially without the appropriate tools to guarantee security and equal opportunities for all participants. Fortunately, Web3 has such tools, the most important of which are blockchain, smart contract, and tokens.

Blockchain is the technology on which Web3 is based. It's a system that allows you to store and send information so that it's fully accessible, transparent, and anonymous for all system users. Blockchain is based on a peer-to-peer network, where every computer connected to the web takes a direct part in sending other users' data. As a result, there is no room for central data management or filtering by third parties.

Smart contracts are part of the blockchain; they are programs that automatically implement contract terms. In smart contracts, no intermediaries, such as lawyers or governments, verify the contracts' correctness. So, for example, when you buy real estate, you become its owner in real-time, exactly when all the contract's requirements are met.

A token is a virtual currency (a unit of value) issued by a given blockchain and widely accepted by all its participants. Tokens represent your digital assets, e.g., the weight of your vote in a given organization. Tokens are most often created and distributed among users during the ICO (Initial Coin Offering), which is the equivalent of a stock exchange in the blockchain world.

DAO (decentralized autonomous organization) is a group of people who are united by an idea (e.g., creating a game, company, platform, or application) and agree to certain predefined mechanisms to govern their project. DAO is characterized by the lack of central management, profit sharing between all organization participants, or an open book of accounts. DAO organizations use blockchain as a fundamental system, with smart contracts to conclude and execute contracts and tokens that entitle their owners to specific activities within the organization.

So is Web3 the inevitable future, or not?

Do you like the fact that large companies rule the Internet and dictate the course of things? I don't, and I believe that most people hate it too, or would hate it if they knew how dependent they are.

Giving power to the people, full data transparency, and self-management of the organization may sound utopian. Still, even if I am a dreamer, I am not the only one; the number of blockchain wallets in April 2022 was 81 million.

From a business point of view, what I think can and should tempt companies to become interested in Web3 is the ability to build a loyal, committed, independent community around the product, be it a mobile application, game, social platform, or movie. In such an environment, the product develops itself in the sense that all users feel the responsibility because they're a vital part of it.

Enter, an NFT platform for selling and buying pixel art is an excellent example of such an initiative. The company's whitepaper containing the ideas of the project was 16 pages long, and the project built a community of 22,000 people in two months, of which almost 2,000 were actively involved in the development of the platform.

What will be the future of blockchain and Web3? Time will tell. The entire Order Group crew and I believe in its core ideas, and we're involved in blockchain projects both privately and business-wise. We are happy to support web3 by all means, so if you want to discuss this topic, feel free to do so. :)

Would you like to jtake part in our Hackathon WEB 3.0, which will take place on 3rd of Dec 22?
Sign up today!
Read more

Want to Reach the Sustainable Development Goals in your Enterprise? Focus on IoT!