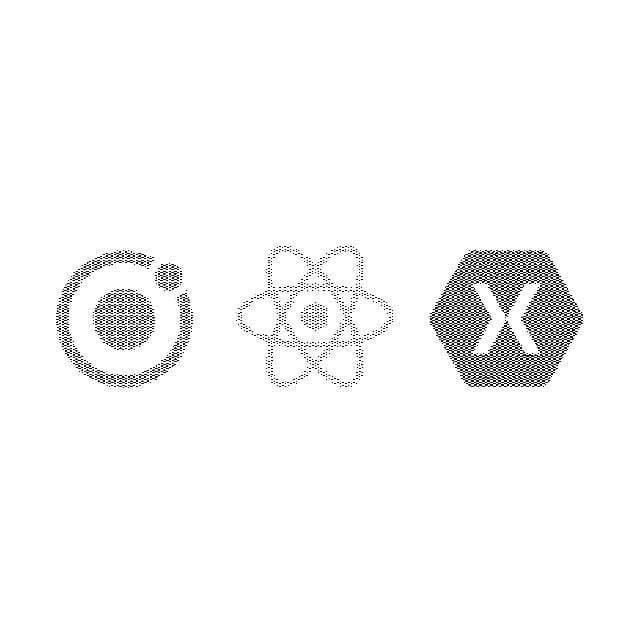 Xamarin vs. React Native vs. Ionic

When developing a mobile phone app, developers need to use software to enable them to do it. Often, for an app, the developers will need to use different platforms depending on the different operating systems such as iOS or Android. However, there's now an alternative to using diverse platforms, and this is through cross-platform development.

Cross-platform development lets engineers use the same code and apply almost all of it to different platforms. This often means that the whole app creation and development is quicker and therefore costs less. However, performance and the behavior of an application is sometimes diminished using this method.

This is why the cross-platform communities are continually seeking to improve their tools to mitigate any disadvantages. Today we are going to look at three cross-platform frameworks: Xamarin, Ionic and React Native.

These tools have a similarity in that they are all cross-platform tools. However, there are some differences between them. They do all allow you to develop apps for all platforms with one single coding language. Reactive Native and Ionic both use JavaScript and Xamarin uses C#.

As mention, this tool allows you to build an app based on JavaScript. React Native’s focus is principally on efficiency. The makers of Facebook founded this app development tool. The community using React Native has grown much quicker than Facebook anticipated. Indeed, there are over 1.6k contributors to the framework's codebase! Because this framework uses JavaScript, which is one of the most popular and dynamic programming languages, the number of developers available to work on your project is excellent, at over 66% of the market! Therefore, if you use React Native, it will be pretty easy to hire a professional to develop your app. Some of the top users of this framework are Airbnb, Skype, and Walmart. Facebook lists that over 100 apps have been developed with its structure with many companies migrating to it as well.

Additionally, every two weeks there are new updates which means that developers can work with the new features very quickly.

Ionic is open source and free, offering a whole library of CSS, JS and HTML components that are mobile-optimized so that you can build apps that are highly interactive. It was initially released in 2013 and uses HTML5 and CSS to create hybrid apps. They use the motto: "write once, run everywhere" which means that their PC-based codes should run on any device. This means that software developers save time (and therefore money) as they can share code.

Xamarin allows developers to use their pre-existing codes, tools, and libraries in C# to create apps for the most popular types of mobile device including those with iOS and Android. Founded in 2011 and bought by Microsoft in 2016, it is one of the older cross-platform tools. The community of users has grown across 120 nations with over 1.4 million developers!

As Microsoft now owns it, its customer service is excellent too. It’s one of the main reasons why many big companies such as Siemens and Pinterest use Xamarin as their app-building tool. Furthermore, many developers can use Xamarin given its use of C# language, which is a universal computing code.

Mainly, the most significant difference between these three platforms is the type of mobile app being developed. Ionic uses a hybrid development with the developer creating a website and then integrating it with a mobile app. Therefore, it can be installed with a similar interaction as native would provide (but most users don’t tend to understand the difference between these types of apps anyway!).

Ionic is an excellent solution for developing apps rapidly or for creating prototypes as you can use the same code in a short amount of time across different operating systems. Xamarin and React Native apps are built to be compatible with any chosen mobile platform. There are native components which form part of the framework which allows the app to feel native. This means that the apps will look almost identical to the native one. In the majority of cases, these tools provide high performance as well as responsiveness compared with hybrid apps.

To Conclude
Let’s have a look at a table comparison to see why developers choose each of these three platforms.

Whichever platform you choose, you know that you will still experience the benefits of cost-effectiveness, using one technology, reusable code and easy maintainability that all cross-platform tools provide. It’s just a case of finding a framework for your needs (and those of your app, too!)

A Final Word of Advice

React Native: It's a universal framework thanks to JavaScript, so if you are starting with a mobile app development then this tool is worth your consideration. It’s much easier to hire someone to work with React Native. Code reusability is possible, and the developer uses the single technology to adjust source code at the platform specific end.

If you already have a team which works with .NET, have used Microsoft or Visual Studio, this tool is a good option and will be reliable with outstanding support. Xamarin will allow you to develop business apps where the functionality takes precedence over its user interface.

This is the most pocket-friendly tool of all three. Given that it’s all done on the web, you won’t need a team that’s dedicated to mobile development. You should use it to develop apps that will attract moderate traffic or simple apps for a temporary task or event. You can still use it for full public apps with Ionic Pro. The framework is continuing to develop all the time, and so you can expect there to be improvements in time, too!

So, there you have it. Xamarin vs. Ionic vs. React Native. Which will you choose? Feel free to contact us today to discuss your requirements further.