Is React Native the Right Choice for Startups?

Rooted in an already known and respected JS library for building UI, React Native has taken competition aback from the very beginning. So how does this technology fare in the start-up market? Let's see if and when choosing React Native for building a successful start-up application is worth it.

Mobile apps development within the mobile platforms - a well-awaited breakthrough. Since 2015 developers can build natively rendered mobile apps for iOS and Android, and they owe it to React Native. In the article: More than 10 Apps built with React Native framework you should know, we showed how global brands use React Native to create apps used by millions of people. Today we will look closer at startups and their specific demands. Is React Native a good fit there too?

Startup choosing the tech - what are the key challenges?

Entrepreneurs have various motivations for creating a startup. Sometimes it is passion or a thirst for profit. It may also be one of many experiments of a business geek. However, what all decision-makers in startups have in common is:

There is something else that you cannot forget. According to the latest report, the mobile app market is saturated - according to the latest report, in 2021 were able to choose between... 3.48 million apps in Google Play alone. To be noticed at all, you need to create a tailor-made product, answering users' needs - in a word, unique. How do you do that? The crucial thing is choosing the right tech stack for building your MVP. It should be robust, kind to your time and money, and famous for ensuring it is correctly updated.

Let's see how React Native matches those needs. And, in the first place, what exactly is React Native.

What is React Native?

React Native is a JavaScript-based framework that enables the simultaneous development of mobile apps for Android and iOS using the same codebase. It simply combines native platform possibilities with React framework, making it an excellent tool for building compelling UIs. Released by Facebook in 2015, it grew to become the top solution for mobile apps development in a few years. To show more up-to-date data, in 2021, as many as 16.5% of developers coded in React Native, which gives this technology 5th place in the popularity ranking (according to the Stack Overflow report). 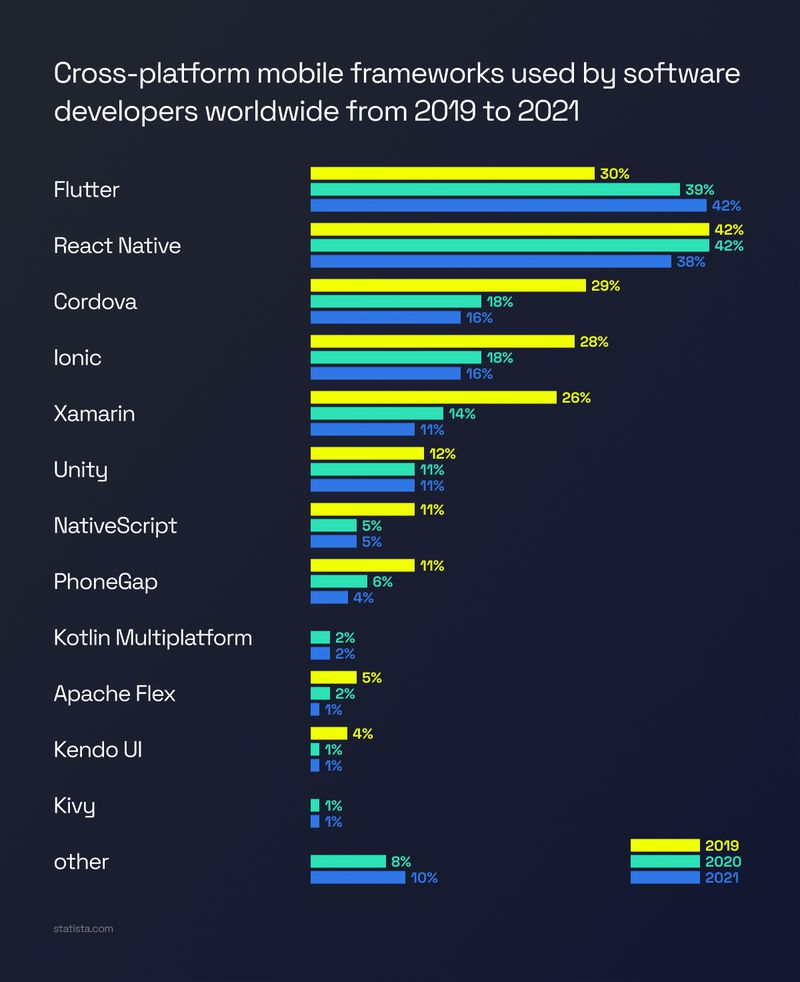 A startup needs to get its product tested as soon as possible - you can't afford to come in second. With React Native, you can have your MVP quickly and for both iOS and Android simultaneously. And hence, it is possible to:

What is more, the thriving React Native community backs its stability and draws more and more developers, which means they are out there and ready to work for you.

A few essential tech solutions count for the perks of building apps with React Native. Let's take a look at three of many.

Thanks to that, the developers can simultaneously see the latest change in the code on the screen - here and now.

The same code can be used for deployment on iOS and Android, which also makes for saving on resources.

The solid mobile performance provided by React Native makes it an excellent label for an app. We have chosen three examples of remarkable startup apps built with React Native. And yes, they are also business gems - tech excellence and competitiveness in perfect harmony. One inevitably comes up with the other.

Do you want to know more about the differences between building an app for both platforms or just for one? See our article: Mobile App Development: React Native (Hybrid) vs. Native iOS and Android.

Startup decisions are often dictated by savings or at least common sense - investors pay attention to whether the chosen solutions are robust and worth the price. Fortunately, by choosing React Native among other frameworks, we can significantly save on code production and have MVPs much faster in both iOS and Android versions at the same time.

We will share a few examples of how a startup can build a great mobile app using React Native from scratch. In each of them, there was an excellent demand for ingenious UI and a smooth user journey - both provided by the React Native framework and some smart coding.

Bunch is a party app, in a way similar to Discord - it enables video chatting while playing favorite games on mobile. The sense of community, fun, and a way to be together in the troubled pandemic era are the top perks of this endeavor.

Created for and available on both iOS and Android thanks to React Native, the app earned itself loyal fans.

Gyroscope is a complex app that enables its users to take control of their health. It was created to support people in losing weight and keeping fit, but now it has evolved into a more comprehensive well-being tool.

See how the Gyroscope team built the app using React Native in this article on Medium.

Created for View Concept, the Kidsview software and app is designed for parents, nurseries, and kindergartens. React Native is not the only tech used in the product but was crucial to minimize costs and time both in building and future supporting this startup app.

For the details of this exciting project, go to our case study: Kids view - platform and app for parents & kindergartens. 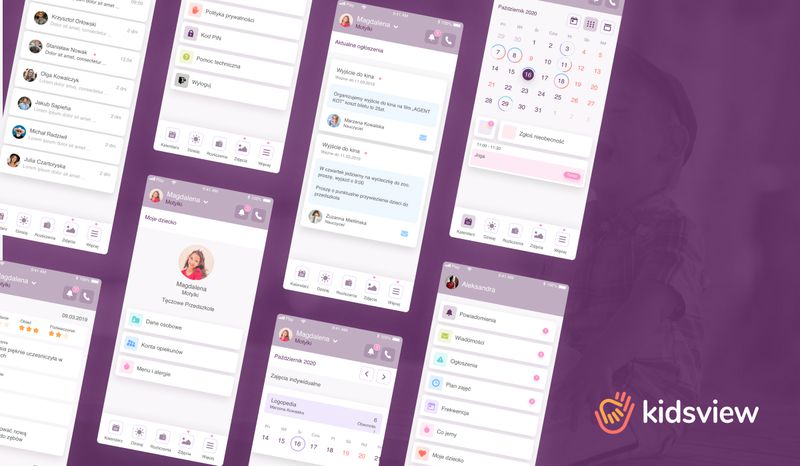 Is React Native right for your startup business?

These were examples of successful startup apps built with React Native. We bet you now have more background to determine whether React Native is the right choice for your startup.

Of course, each tech stack has its pros and cons. For example, complicated updates and messy code after migration are the issues that sometimes bother businesses using React Native. Is that something to take into account in your case? Well, it all depends on the specifics of your product and industry. In the Order Group, we specialize in assisting our clients through all of the product developments stages - from recognition through choosing the tech stack to product design. We will be happy to assist you in your startup journey.

As we see that, React Native with go on triumphant in the years to come. Want to check what else is going to prosper? Go to our article: 5 Top Tech Trends for 2022.

Why should you go for a cross-platform app as a Startup?

Xamarin vs. React Native vs. Ionic for Mobile Apps

React Native benefits, challenges, and differences for iOS and Android