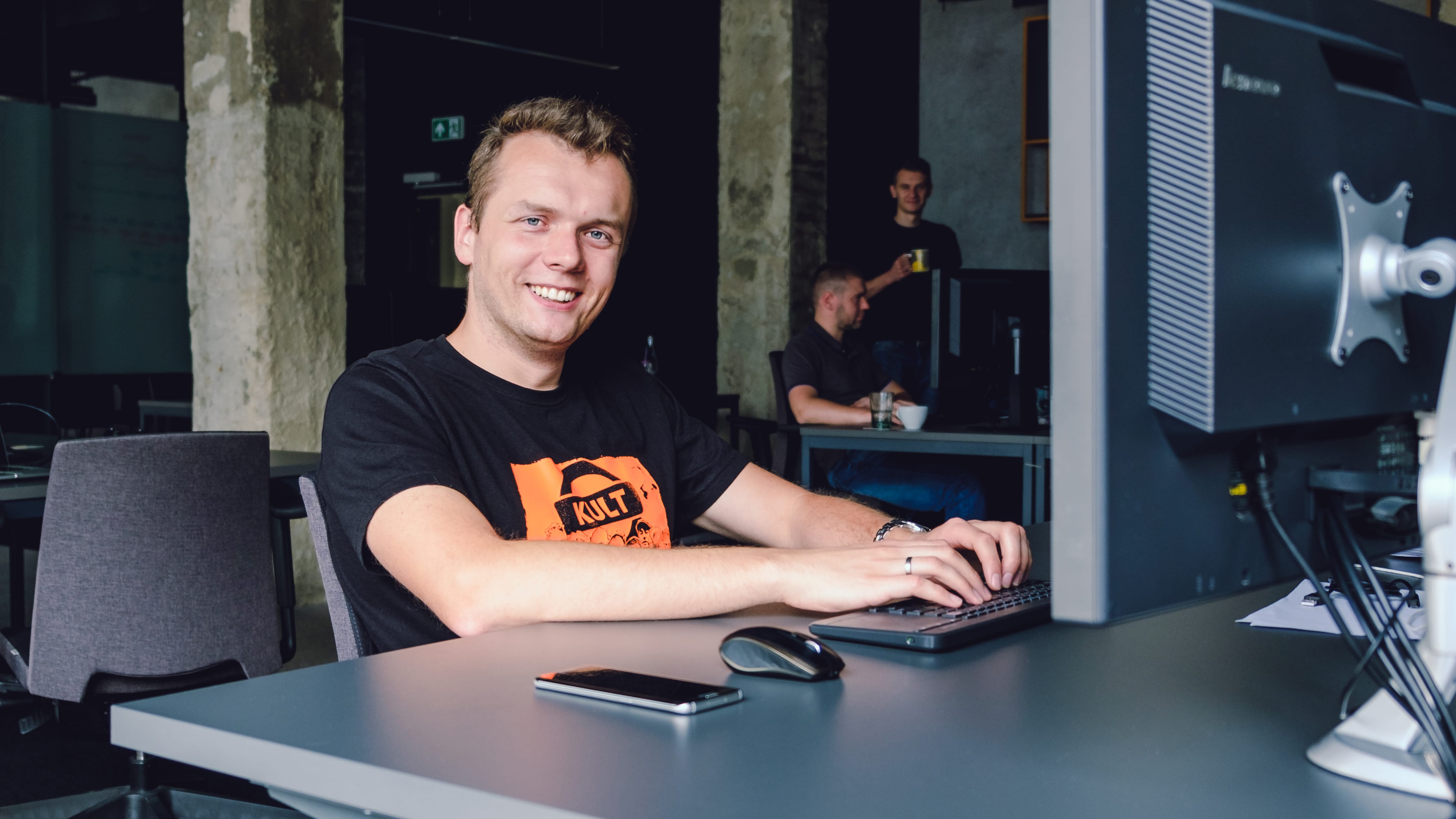 Darek is a backend software engineer at the Order Group. His leading technology is Python - our favorite programming language. He joined us on December 2017, and since then he has participated in four major projects, each was more interesting than the previous one. Read his story to learn why he's happy he chose Order Group over an international corporation.

Darek started programming in high school and then graduated bachelor and master's degrees in computer science at the Cardinal Stefan Wyszyński University in Warsaw. Before joining our team, Darek worked four years in a different software company. We are all delighted we were lucky enough to hire him.

Time for a change

Just like Order Group, his first employer was doing both projects for clients and developing their products. "However, the proportions were different. The core business was their major product, and here we treat them more like side projects", says Darek.

There were also other differences. Darek's previous company was smaller than the Order Group. The whole team size was between 10 to 15 people. "We all did everything, and we had no framework. On the bright side, I could learn skills other than coding, such as customer relationship management. However, with time it became tiresome, and I felt it was constraining my development as a software engineer," recalls Darek.

How we won Darek over Samsung

Darek wanted to move forward, and he started to look for a new job. As a talented and already experienced Python developer, he could choose between employers. In the end, it came down to Order Group and Samsung.

"The two teams looked very professional, and I knew in both I could learn a lot. After all, I decided I didn't want to work for a huge international corporation. From the time perspective, it was the right choice for me. Over the two years, I had a chance to participate in some exciting projects, that were both challenging, difficult, but in the end, we ran them without any problems. The projects were more interesting, more diverse, it was a major change," says Darek.

An interesting project for a start

His first project was Clear Airspace. "I started here of the bat with an ambitious project of creating an MVP of an app that would compete with Boeing's Jeppsen Aviator. And we did it". The Clear Airspace app was used by Polish Medical Air Rescue as well as Polish Air Force Academy pilots.

The second project we threw Darek in was much more ordinary. The dashboard and backend for a content management system (CMS) for a media house. "Of course, it wasn't that exciting, but still I liked how smooth the workflow was. We managed to do everything on time without delays, and I knew how difficult it could be to please a client from the marketing industry with software design and functionalities. This was not a case here," says Darek.

How we challenged the aviation software leader and turned a successful project into a long-lasting partnership.

"Off the grid" programming

The third project was Darek's favorite so far in Order Group. The task was to create an IoT system for monitoring and managing an airport lighting system for Airport Zielona Góra in Poland. The solution needed to be indefectible to meet the aviation industry standards, scalable, and useful. That's how MONSTER lighting managing system was born.

"I liked this project. It was a rare occasion to work on an old-school offline, stand-alone application. Today it's all about web apps, web services doing most of the work. Building an independent system that needs to work in every condition was a great experience,", says Darek.

The next Darek's project was even more complex. Gdańsk Lech Wałęsa Airport hired Order Group to build a traffic control system that would allow planes to land even in inclement weather conditions. This would help the airport get a CAT III B certificate, the only one in the region. Darek was a vital member of the team that worked on the product (sold under ATOS brand).

"Working on MONSTER and ATOS, I learned so much about the aviation industry. I enjoy working on web applications and could serve, but building software for critical infrastructure as airports is a different story," remarks Darek.

"I appreciate the work culture in Order Group. We all know our short and long term goals. You always know where you are. The structure is very flat. Order Group's CTO, Maciej, is my team lead. He organizes the workflow, assigns tasks, and helps us if we have some technical questions. On every project, I worked in a small team of 3-5 people, and the cooperation is flawless. Everyone knows their role and is engaged in the project, so nobody's blocking, and the pace is swift". 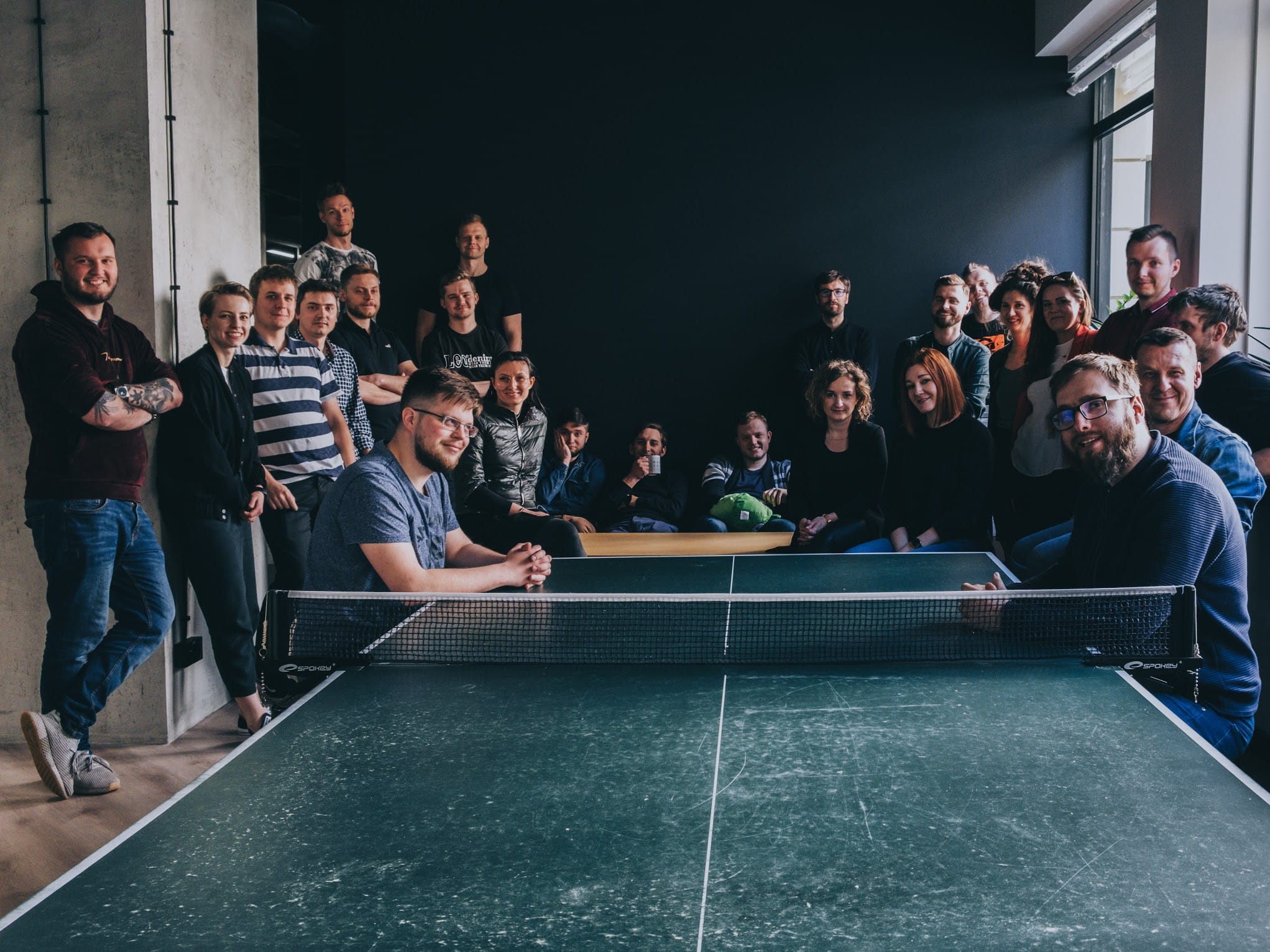 If you are a developer looking for a new team, that's both laid back and very professional
let's get in touch
Show more
Services
Case studies
Technologies
[] - dupa
Blog